Detox symptoms are most often the reason why users cannot bring themselves to remain abstinent from drugs or alcohol even when they really want to quit using. While these symptoms are a necessary part of the addiction recovery process, they are the number one, most uncomfortable and challenging part of treatment for most substance abuse problems. Users who quit or substantially reduce the amount of drugs or alcohol that they use after long-term abuse are prone to a series of withdrawal symptoms that can make sustained abstinence challenging at best.

For many addicts, detox is the scariest part of recovery and it’s a part of recovery that most addicts wish they could avoid all together. Unfortunately, detox is a part of addiction and without effectively going through the proper steps, the user cannot possibly make a full and lasting recovery. It’s important to understand the steps of recovery and the symptoms of detox so that you can be prepared for what’s to come. This will help you to make an informed decision as to what the most appropriate method of treatment will be for yourself or for someone you love. 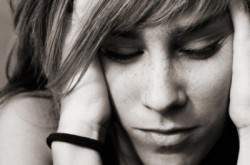 Don’t let you detox symptoms get you down. We can help!

Every drug has its own set of symptoms associated with withdrawal and detox. Some drugs cause nausea and vomiting, others cause insomnia and sleep disturbances. Some drugs pose serious challenges during detox while others are relatively mild and do not create any serious risks or hazards to the recovering addict. The following drug detox symptoms are likely:

Depressants such as marijuana, GHB or other drugs can cause a variety of withdrawal symptoms during detox. These drugs generally promote a relaxing effect when they are being used so, when a user stops taking the drugs, the symptoms of withdrawal include things like hypertension, anxiety and irritability. As the body and brain try to return to normal functioning without the drugs, a combination of symptoms may occur including:

Anxiety is the number one detox symptom for those attempting to quit using depressants. Heavy use of depressants followed by abrupt cessation of the drug of choice could lead to serious side effect including seizures and tremors.

Stimulants are a class of drugs that have an opposite effect on users to that of depressants. These drugs generally make the user more alert, excited, and anxious. Stimulants include drugs such as cocaine, methamphetamine, crack and similar drugs. These drugs speed the body up and cause insomnia when in use but when drug use stops, the user will “crash” and feel very lethargic, tired, out of energy and otherwise depressed.

Symptoms of stimulant detox include:

Opiates are a class of drugs that includes heroin, opium and a wide range of prescription painkillers such as Oxycontin, Oxycodone and Morphine. These drugs have a pain relieving analgesic effect on the user and can create a euphoric sensation that is hard to replicate. The long-term use of these drugs can lead to permanent changes in the way that the brain responds to rewards, pain and other situations. Unfortunately, opiate detox symptoms are often the most difficult to handle because they include pain, extreme nausea and vomiting and other highly uncomfortable side effects.

Although alcohol is not considered a drug, this substance is one of the most addictive substances and the most difficult to cope with when withdrawal symptoms set in. Alcoholism can cause serious side effects for the user when he or she tries to quit drinking and, in some cases, detoxing from alcohol can be fatal. Alcohol detox symptoms begin to appear within a few hours after the user takes his or her last drink and the symptoms can persist for up to a few months depending on the severity of the alcohol addiction.

No matter what type of addiction plagues you, getting help is your best chance at recovery. Detox symptoms are inevitable if you are physically dependent on drugs or alcohol and want to get sober. Although the symptoms of detox can be hard to overcome and equally as hard to cope with, there is hope. For most addictions, detox symptoms only last a few days or weeks at most. If you remain persistent, stay sober, keep working toward recovery and don’t relapse, the symptoms will go away on their own within a few weeks.

Getting help is your first step to getting sober. Don’t let the fear of drug or alcohol detox prevent you from reaching your goals and living a happy, sober lifestyle. There is help!