Clonazepam (brand name Klonopin) is a benzodiazepine drug that is often used in combination with other drugs to treat seizures and/or panic attacks. Clonazepam can be taken safely and effectively as prescribed by a doctor, but it is always important to take it exactly as it is prescribed to you. This includes not stopping your regimen abruptly, as can lead to severe withdrawal symptoms, some of which can be deadly.

The drug does often require detox in a professional facility for those who are severely dependent on it, and especially for those who are addicted to it as a first step of treatment. If you need to find a safe, reliable detox program where you can withdraw from clonazepam, call 800-405-2627 (Who Answers?) today.

According to the Semel Institute for Neuroscience and Human Behavior, clonazepam detox often takes the form of tapering an individual off the drug slowly until they no longer need it. This works because it minimizes the severity of one’s withdrawal symptoms as they are slowly weaned off the drug. This is the safest way for someone to end their dependence on clonazepam, and often, other treatment options are used as well to minimize symptoms further.

The National Library of Medicine urges those who are being treated with clonazepam for seizures, anxiety, and other issues to avoid stopping their use of the drug abruptly. “Even if you experience side effects such as unusual changes in behavior or mood,” you will still be encouraged to continue taking your medication until you are able to attend a detox program or your doctor is able to begin the process of weaning you off your medication. Without this, you will be likely to experience very severe side effects, some of which can be deadly.

Detox cannot treat addiction on its own. But it can treat the symptoms of withdrawal, minimize them so the individual is not placed under an unnecessary risk, and prepare the individual for addiction treatment. 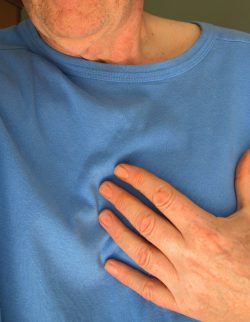 According to the NLM, one could also possibly experience:

The US Department of Veteran Affairs states, “Stopping this medicine suddenly is most likely to cause seizures if you have been taking it for epilepsy or another seizure disorder,” but this side effect can possibly occur as the result of any type of dependent use, even in those who abuse the drug for its mind-altering effects. In the same sense, it is difficult to determine whether or not someone will experience psychosis until the effects themselves actually begin to manifest.

Therefore, the withdrawal syndrome associated with clonazepam can become extremely dangerous very quickly, and it is important to be aware of this possibility and also to know what symptoms you should be looking for. Because these symptoms can worsen rapidly whether you have been abusing clonazepam or taking it as prescribed, treatment in a detox center is recommended for this specific drug.

The symptoms caused by clonazepam withdrawal are treated in different ways during detox. For example:

Medications and behavioral therapies can be used together to treat clonazepam withdrawal symptoms. However, someone who has abused the drug will require a longer treatment program; according to the National Institute on Drug Abuse, “Detox alone with no follow-up is not treatment” for addiction, and patients will require more beyond this program if they are suffering from uncontrolled abuse of the drug.

Unfortunately, it is very unsafe to go through clonazepam detox at home, though many people attempt to achieve it. While one can conceivably go through outpatient detox if their symptoms are mild, it is important to remember that the withdrawal symptoms associated with benzodiazepines can always become worse without warning. In addition, according to the medical journal Addiction, “Dependence on alcohol or other sedatives may increase the risk of benzodiazepine dependence” as well as the severity of one’s symptoms, making it more necessary to attend inpatient care.

There are other reasons why it is not safe to detox from clonazepam at home:

Clonazepam detox, therefore, should not only be performed in a professional facility for the good of the patient but also in a residential rehab center in most cases. 24-hour facilities, especially those that provide hospital-like accommodations, will be better equipped to deal with the possibility of severe symptoms, and the more likely these are to occur, the more you should consider attending an intensive treatment program. According to the Government of South Australia’s Health Department, those who have been taking more than 50mg of benzodiazepines should more than likely attend inpatient care.

How Long Will Clonazepam Detox Take?

The time a certain treatment option takes is different for every individual. This is because each person needs their own treatment regimen that is catered to their specific needs. As stated by the NIDA, two individuals’ treatment options can vary greatly depending on their specific situations. Also, someone with an uncomplicated withdrawal from clonazepam will likely have a much shorter detox than someone whose symptoms have become severe.

Still, patients are usually given a general period of time in which they are expected to detox. Most uncomplicated withdrawals from clonazepam can take a week or less while more severe withdrawal syndromes usually require two weeks of detox. According to the DailyMed, a study was conducted where individuals were successfully weaned off the drug over the course of seven weeks.

How long it takes you to be weaned off clonazepam will depend heavily on your specific situation, but it is important to remember that detox is not the end of treatment for most individuals. If you have been abusing clonazepam, you will require further treatment for addiction. Detox can often provide a safe and smooth transition into this type of program, but without it, you will still struggle with your addiction to the drug and be unlikely to achieve a safe and secure recovery.

You can put an end to your dependence on clonazepam by attending a professional detox program. These facilities are meant to cater to your specific needs in order to help you recover in the safest way possible. And we can help you find the right option for your personal situation.

Call 800-405-2627 (Who Answers?) now to find a clonazepam detox center that will offer you the best recovery options for your needs. These programs can also help you transition into addiction treatment and protect yourself from any serious symptoms or side effects. Call today and let us help you begin to heal.