Cocaine is a highly powerful stimulant that works upon the central nervous system causing a stimulant effect. Users often inject cocaine or smoke it but the most common method of cocaine use is to snort it. Cocaine abuse can lead to addiction and increased tolerance. Repeat use of cocaine, that results in addiction, may lead to a need for professional treatment and care when the user decides it’s time to quit.

Cocaine detox centers provide effective treatment for cocaine addiction to those who have become dependent on the drug. Because cocaine is so highly addictive and the natural of the drug is so powerful, professional treatment is often the only way that a user can actually get sober, stay sober and live a life of recovery. 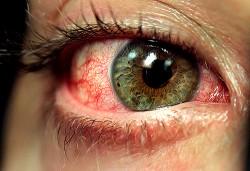 Let cocaine detox program to help you though the cocaine withdrawal process.

Various symptoms may appear when a user is abusing cocaine. The user may have periods of alertness and energy followed by bouts of depression and fatigue. Cocaine abuse often leads to rapid weight loss, loss of appetite and general malnutrition. Health problems often ensue as the cocaine abuse spirals out of control and the user spends more time using drugs and less time focusing on taking care of him or herself.

The following signs of cocaine abuse should be immediately recognized:

People who have abused other drugs besides cocaine, often tout that cocaine is not nearly as physically addicting as other drugs such as prescription painkillers or heroin, but this doesn’t mean that cocaine addiction is a walk in the park. Cocaine withdrawal does occur and it can be difficult to cope with. While it may be less physically trying than certain other types of addiction such as heroin addiction, cocaine withdrawal can be psychologically brutal.

Users often feel a lack of hope when they are withdrawing from cocaine. The hopelessness will persist for many weeks or even months following an addiction to cocaine. For some users, this upset and chronic psychological depression or lack of hope will last even years after the addiction has passed.

Psychologically, those who abuse cocaine will often feel extreme symptoms of withdrawal for many months making continued sobriety or treatment difficult to maintain. Cocaine withdrawal can leave the recovering addict feeling unhappy and out of control but there is help!

The best treatment for the psychological elements associated with cocaine withdrawal tends to be counseling and therapy. There are a wide range of therapeutic methods that can help with cocaine withdrawal and addiction recovery. Motivational interviewing and motivational therapy are two very highly recommended methods of treatment for the depression and lack of personal satisfaction that occur when a user is recovering from cocaine addiction.

Cocaine detox will likely pose challenges but it’s not the end of the world! The detox center will provide medications, therapy and support during this difficult time helping the patient to remain sober and in good spirits about recovery. Detox may last a few days or a few weeks but, since cocaine addiction is not as physically burdening as other addictions, counseling and therapy can begin after just a few days in detox.

Psychological counseling aims to find the root of the problem and to provide quality treatment to the patient. Various types of counseling can be used based on the severity of the addiction, the underlying mental status of the patient and other factors. Some respond well to behavioral therapy whiles others are more suited to motivational rewards. It is ultimately up to the counselor or treatment professional to determine which method or type of counseling will provide the greatest benefits to the patient both in treatment and in recovery.