Signs of Ecstasy Addiction and the Need for Detox

Ecstasy has become the “go-to” drug for young people and college students looking to unwind on the party scene. Ecstasy carries both stimulant and hallucinogen properties, making for an intense, unusual high that can last for hours on end, according to the U. S. National Library of Medicine.

Those who use ecstasy on a regular basis open themselves up to the drug’s high addiction potential. Once ecstasy addiction takes hold, the need for detox treatment becomes increasingly apparent the longer a person continues to use.

A drug capable of producing both stimulant and hallucinogen effects greatly disrupts the body’s natural chemical balance. This means, even a single dose of ecstasy can wreak havoc on a person’s emotional and physical well-being.

Any one of the above ingredients can compound ecstasy’s effects and place even more strain on the body. As additives only work to intensify the “high” the user experiences, a person can develop an ecstasy addiction at an even faster rate. 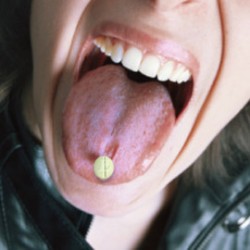 Taking increasingly large amounts of ecstasy may indicate that you are growing addicted to it.

The brain’s neurotransmitter chemicals regulate most every single bodily function. Likewise, the brain depends on a delicate balance of chemicals to regulate bodily processes as normal. With each dose of ecstasy, brain chemical levels skew further out of balance.

As any attempt to reduce or stop using brings on horrid withdrawal effects, the need for detox treatment becomes all the more apparent the longer a person keeps using the drug.

Brain chemical imbalances can only persist for so long before the regions governing learning and motivation become adversely affected. Ecstasy addictions take a firm hold once the drug’s effects essentially reconfigure the brain’s reward system. Once this happens, a person will start showing behavioral signs of ecstasy addiction.

Behavioral signs may include:

At this point, addicts may well opt to enter detox treatment after so many failed attempts at quitting the drug. Once behavioral signs of addiction develop, most people require professional help in order to overcome their need for the drug.