As of 2009, as many as two million Americans reported abusing prescription pain medications or opiates, according to the National Center for Biotechnology Information. For people addicted to opiates, opiate detox remains one of the biggest hurdles to overcome in the recovery process. As of late, methods of opiate detox abound across the Internet though not all are safe or even effective.

Opiate effects on the body place a person in a particularly dicey predicament when trying to stop using. The withdrawal effects that come from opiate detox send many back to using, especially when trying to stop on their own. Methods of opiate detox that really work address the difficulties a person faces when stopping opiate use. As addiction itself evolves over a period of time, likewise, opiate detox requires its due time or else the likelihood of relapse increases. 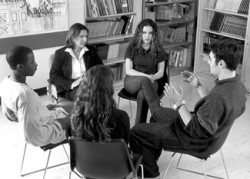 Counteracting the effects of opiates on the brain and body often requires a therapeutic approach designed to help the body along. With this purpose in mind, opiate detox programs use medication therapies that specifically target opiate effects on the body. Agonist medications are one of two general approaches used within the opiate detox process.

Agonist medications work by mimicking the effects of opiates in the brain and body, and thereby easing withdrawal symptoms effects, according to the National Institute on Drug Abuse. Two of the most commonly used agonist medications include methadone and buprenorphine.

Buprenorphine, also a synthetic opiate agent, comes in two forms: Subutex and Suboxone. While Subutex works in much the same as methadone, Suboxone has an added ingredient that prevents recovering addicts from using the drug to get “high.”

While agonist agents have a “weaning” effect in terms of helping the body adjust to the detox period, agonists don’t. For this reason, other medication therapies known as partial agonists are often used at the detox stage. Partial agonist medications include:

According to the National Institutes of Health, psychosocial treatment approaches enable recovering addicts to identify any underlying issues and/or psychological problems that contribute to drug use behaviors. In the process, participants learn new ways of coping with daily life issues without the need for drugs. As people in recovery often deal with co-occurring psychological disorders, psychosocial methods also treat any co-occurring conditions a person may have.