How Suboxone Detox Differs From Methadone

Suboxone, a fairly new opiate addiction treatment, works in much the same way as methadone while offering certain key improvements in the process. For people looking for a methadone detox alternative, Suboxone detox may be of benefit.

Compared to methadone, Suboxone detox treatment has been made more accessible to those in need of help. During the course of treatment, Suboxone detox also poses less of an addiction risk than methadone. Ultimately, a person’s individual treatment needs will dictate which detox approach will work best. 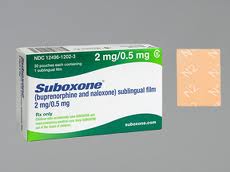 Suboxone is typically administered in tablets that you dissolve under your tongue.

According to the National Institute on Drug Abuse, Suboxone exists as one of two products formulated from buprenorphine, one of the active ingredients in Suboxone. Both Suboxone and methadone work to relieve the withdrawal and drug cravings that occur during the detox period.

In addition to buprenorphine, Suboxone contains a second drug agent known as naloxone. The combination of buprenorphine and naloxone in one tablet not only keeps withdrawal and cravings in check but also helps reduce the likelihood of relapse.

Suboxone vs. Methadone: Effects on the Brain

Whereas methadone triggers cell receptor sites in the same way as opiates, with Suboxone detox, cell receptor are only partially triggered or activated. This means, Suboxone detox eventually reaches a “ceiling effect” where the effects of the drug start to grow weaker with continued use.

Suboxone’s partial “opiate-like” effects in the brain reduce its addiction potential compared to methadone’s effects on brain receptor sites. For people struggling with severe addiction conditions, the reduced risk of addiction in Suboxone detox may work better in terms of preventing recovering addicts from attempting to abuse Suboxone.

Methadone exists as one the most regulated treatment drugs on the market, mostly because of its opiate-type effects. As a result, recovering addicts can only receive methadone treatment from authorized methadone programs.