Concerta, the brand name for the drug methylphenidate, is a central nervous system stimulant used to treat ADHD and narcolepsy as well as certain other neurological problems. Because the drug changes the amount of natural substances found in the brain, it is able to regulate these issues. However, it is also often abused because it can create a strong high when taken in large doses.

Whether abused or taken as prescribed, long-term use of Concerta can cause dependence, and stopping the drug suddenly can create severe withdrawal symptoms. In order to be treated safely for this issue, you will require detox in a professional rehab center. Call 800-405-2627 (Who Answers?) to find Concerta detox programs that could benefit you.

Concerta detox works by treating the individual symptoms caused during withdrawal and managing the individual medically and psychologically during the event. The National Library of Medicine urges individuals not to stop taking the medication suddenly, “especially if you have overused” it. Your doctor may be able to wean you off the drug slowly, but if you are likely to experience severe withdrawal symptoms, and especially if you have been abusing the drug, you will usually need to be admitted to a detox facility.

The withdrawal syndrome associated with stimulant drugs is one of the most severe and long-lasting syndromes of any drug of abuse, and this is why it is extremely important that one undergoing this experience is able to withdraw safely. Detox works by using medications and behavioral therapies to minimize these symptoms so the individual can stop being dependent on the drug and, if necessary, transition into addiction treatment after these symptoms have subsided.

As stated by the US Department of Veteran Affairs, “Stimulant withdrawal… can produce a wide range of dysphonic symptoms.” These symptoms usually come in three distinct periods (the crash, the intermediate, and the late phases), and they often include: 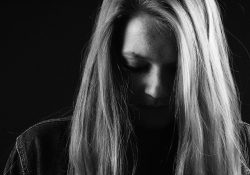 In addition, “individuals withdrawing from stimulants often are paranoid, aggressive, and violent,” according to the Substance Abuse and Mental health Services Administration. This can build into a full-blown psychosis, which requires immediate treatment. A person could become a danger to themselves or others as a result of Concerta withdrawal, and unfortunately, the possibility of this occurring is difficult to predict.

Withdrawal from stimulants like Concerta is long, uncomfortable, and often difficult to recognize by anyone other than the individual going through it. Because so many of the symptoms are psychological, it can be hard to be certain if someone is going through Concerta withdrawal, but treatment is necessary for anyone who is. The drug itself causes dangerous side effects, many of which are likely to show up during the withdrawal syndrome, especially in someone who has been abusing the drug over a long period of time.

Withdrawal from Concerta requires specific treatment options, and usually, each symptom is treated on its own independent of the others. While your doctor may choose to slowly wean you off the drug if your symptoms are not too severe and if you have not been abusing your medication, most people require multiple treatments of prescribed medications and behavioral therapies used together to minimize Concerta withdrawal’s overall effect.

According to the Center for Substance Abuse Research, most individuals who abuse prescription stimulants do so in binges, taking large doses of the drug to prolong their high. Once the high does wear off, they crash and are “left with severe depression, anxiety, extreme fatigue, and a craving for more drugs.” This crash period is usually treated with:

Over time, one’s withdrawal symptoms will begin to change, and medications and therapies are utilized where appropriate for these issues. It is also important to note that early symptoms of psychosis must be treated quickly. Most individuals who are suffering from this issue are treated by being placed in a room that provides little to no stimulation. The individual is kept safe from hurting themselves or others during this time, which usually lasts a few days at the most, and in some cases, neuroleptics may be necessary to curb one’s symptoms.

This evidence-based combination of medications and behavioral therapies has helped many individuals overcome withdrawal and experience a much milder syndrome than they would have gone through without it. As one’s withdrawal symptoms begin to subside, a transition into addiction treatment can usually begin.

For reasons specific to Concerta as well as to all prescription stimulants, it is usually not recommended for an individual dependent on any type of stimulant drug to go through detox at home. Professional detox centers are safe, reliable programs that help patients slowly put an end to their dependence on a substance and prepare them for addiction treatment when applicable. Without the help of one of these programs, withdrawal from Concerta will likely be much more dangerous and problematic, and safety is the number one concern for those going through withdrawal.

In some cases, one can go through an outpatient detox program, and if you are the type of individual who has extensive social supports, a job, and other important aspects tying you to your day-to-day life, this could be a beneficial option for you. However, if you have any likelihood of experiencing severe depression or psychosis, or if your addiction to the drug is extremely powerful, it is probably safer for you to detox in a 24-hour facility. It is important to consider your specific situation when attempting to decide between these two program types, but in no way is it safe to simply detox from the drug on your own either by tapering off the medication or by stopping cold turkey.

How Long Will Concerta Detox Take?

Concerta detox, unfortunately, may take longer than other detox syndromes. According to the Australian Government Department of Health, “The phasal model of cocaine withdrawal has typically been applied to withdrawal from amphetamines” as well as other stimulants like Concerta. Because the cravings, depression, and irritability associated with cocaine withdrawal can last an extremely long time (months to years after one’s last usage of the drug), so too can your Concerta detox if necessary.

This does not mean you will need to stay in detox treatment for the duration of your symptoms, but because stimulants cause longer-lasting withdrawal symptoms, patients often need a longer time in treatment to learn how to cope with them. The initial detox phase will likely take a week or two, and you may need to attend detox for up to a month or longer. This, however, depends strongly on your specific situation as well as how much of the drug you abused, how severe your abuse was, and how severe your withdrawal symptoms are. It is important to discuss your treatment timeline with your doctor and to revisit it as you go through your recovery.

You can find safe, reliable detox centers that will help you put an end to your Concerta abuse today. By calling 800-405-2627 (Who Answers?), you can be matched with a facility that provides beneficial care on your terms and that will help you make the transition into addiction treatment, if necessary, after your detox has ended.

Start your recovery off right by attending detox in a professional facility. Let us help you find the best option for your recovery from Concerta dependence and withdrawal.