Heroin is a dangerous street drug that is derived from the opium poppy and used to create a euphoric effect. This drug has an extreme potential for abuse and can cause physical dependence to begin to set in after just a single use. Tolerance to heroin builds quickly and sustained or repeat use is almost certain to lead to addiction. Once addiction sets in, the only sure way to get sober is to undergo a period of heroin detox followed by counseling, therapy and treatment.

Dangers of Heroin Use

Using heroin can create serious consequences in an individual’s life wreaking havoc on everyone involved. Dramatic life changes can occur in just a very short period of time and as the drug dependency sets in, the user is more likely to make poor decisions, bad judgment calls and risky mistakes that could affect his or her health and overall well-being. Heroin addiction makes it difficult for the user to focus on anything but the addiction, the next fix, the next high and the actions necessary to achieve that ultimate goal of soothing the withdrawal symptoms that occur when heroin is not used. 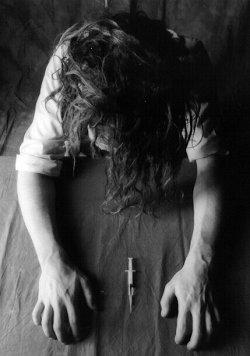 A heroin detox program can help you overcome this dangerous addiction.

Heroin use has many dangers and risk factors. Users are likely to suffer serious health complications, have a greater risk of contracting STDs or infectious diseases such as AIDS and can even suffer traumatic infections that result in the need for amputation of limbs. According to the National Institute on Drug Abuse, heroin use can lead to:

The effects of heroin can be so difficult to cope with and yet so hard to overcome. How can something that you hate so much have you so bound by its effects? Physical dependence on heroin is one of the most difficult dependency situations to overcome. Overcoming heroin addiction takes persistence, commitment, time and plenty of support.

Quitting heroin means that you’ll have to succumb to the symptoms of withdrawal. These symptoms can be dangerous, painful and overall just plain miserable, but they are a necessary part of the heroin addiction treatment process. During heroin detox, the following withdrawal symptoms are likely to occur:

During your stay in a heroin detox center, your treatment provider may prescribe a combination of medications to treat the addiction and to help you overcome the withdrawal symptoms. While heroin detox is rarely a fatal condition, it’s important to ensure safety during this difficult time as there are risks for medical complications such as heart attack, stroke or seizures which could occur. Medications can help reduce the risk providing a safer heroin detoxification while offering comfort to the patient as well.

How Long Does Heroin Detox Last?

Heroin withdrawal symptoms can vary and may last a few days to a few weeks. Most of the time, the most severe symptoms of heroin withdrawal will present around the fifth day of heroin detox and they should subside within a couple of days. Symptoms can appear as soon as a few hours after the last dose of heroin and they could stick around for several weeks depending on various factors.

Some factors increase the severity of heroin withdrawal symptoms. The length of time a user was addicted, the level of heroin use and the frequency of heroin use can all increase the amount of time that it takes to detox. Severe cases of heroin addiction may require longer treatment in order to provide the best chance for recovery.

The Need for Continued Care

Heroin detox is just the first step of heroin addiction recovery. Continued care in a treatment program that focuses on providing effective treatment for the underlying problems that caused the addiction to heroin is necessary in order for the patient to fully recover and to remain sober. Counseling and therapy in a drug treatment program should be the next step following any heroin detoxification period. Many different treatment programs are available offering treatment that lasts a period of 30 days or longer.

Don’t let heroin addiction ruin your life! Start with heroin detox and work your way up to effective recovery from addiction before it’s too late.