Quitting heroin can leave you feeling scared and alone. You might not know anyone who has successfully undergone treatment, so you might be hesitant to start the process.

However, just because you’ve never met a former heroin addict doesn’t mean they aren’t out there. There are plenty of former drug users who went through a safe heroin detox and lived to tell about it. Here are some of their amazing detox stories.

For even more inspiration, give our hotline a call at 800-405-2627 (Who Answers?). We can connect you with the right clinic to help you on your detox journey.

Adi Jaffe is now a successful student and researcher, about to earn his Ph.D in psychology from UCLA. However, he was once a drug user. He started doing heroin at the age of 15 and kept doing them for nine years before realizing there was a problem.

In order to safely detox, Jaffe spent an entire year in treatment. It worked, as he has not touched drugs in eight years. According to his research, he suggests that people need to spend a minimum of 90 days in treatment to break their drug habits. 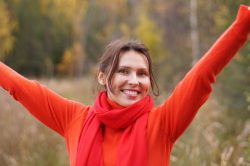 Professional detox and treatment can help you stay off heroin for good!

Keriann was so addicted to heroin, that it was no longer a choice for her. Taking it had gone beyond getting high – it was just a way not to get sick from withdrawal effects.

When she decided to detox, she underwent a huge psychological battle. But luckily, thanks to having the right guidance and support, she has been able to stay clean for 20 months. She now works as a recovery specialist in a detox facility.

This anonymous user of heroin started when she was in college. She was written an OxyContin prescription from her doctor, which slowly developed into an opioid addiction. Before long, she was using all day, every day.

It was only when she got pregnant that she knew she needed to make a change. After getting help with a heroin detox, she was able to go into a safe recovery and has been drug-free for 14 months.

Connie struggles everyday with the threat of relapse, but she knows she won’t ever go back. She started abusing drugs from an early age, and quickly became addicted. Eventually she was arrested for drugs, and spent a year in prison.

During this time, she was able to safely detox. Her weight went from 87 pounds up to 128 pounds, as the detox allowed her to focus more on her health and nutrition. Now, she leads a successful life working at a supermarket.

Jack started his addiction when he was a teenager. He thought that joining the Marines when he was 19 would be a good way to help him overcome it. It worked for 13 weeks, but he started using again after basic training.

Over the years, he put himself through 20 different detoxes, but none of them worked. It was only by checking into a nonmedical residential treatment program that he was able to safely detox and get off the drug. He’s now been clean for a year, and has no plans on going back to heroin.

Deon got busted several times for his drug use, but always got back out on the street and started using again. It was only when he overdosed and had to spend time in the hospital that he got serious about quitting.

Luckily, a social worker helped him get into a halfway house that included a drug treatment program. This allowed him to safely detox as well as go to classes to help him learn how to avoid drugs. He even started taking methadone, a drug to help him avoid relapsing.

As you can see, quitting heroin is feasible. All you need is a little determination and a lot of help from a certified detox center.