Heroin detoxification is the process of ridding the body of toxins associated with heroin use, and of stopping use. Heroin is one of the oldest, most widely used, and highly addictive drugs in the US and the addiction is very hard to overcome. Scientific research has led to heroin detox medications, some that are intended to stop use of the drug, others that are meant to mitigate withdrawal, and some that counteract the effects of heroin to help with possible overdose. The goal of these medications is to switch users over to safer substances and then slowly wean them off of substances altogether. Heroin detox medications are not intended as the sole treatments for overcoming heroin addiction, but rather are intended to supplement inpatient and outpatient treatment programs.

If you or someone you love is struggling with heroin dependence or addiction, they are at risk of overdose, contracting Hepatitis B and C, HIV and AIDS, and criminal punishment along with other health-related and psychological problems. Here is some information about different heroin detox medications that may help you or your loved one stop using heroin. 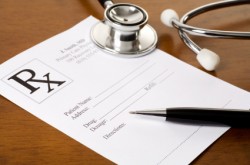 The most commonly used substitution treatment is methadone, although it is not a perfect solution as this medication also has addictive properties. Methadone has been used for over 30 years for heroin detox. The effects of methadone are less harmful than those of heroin, are non-sedative, and are not intoxicating. This allows people who take methadone to continue working, drive, and take care of their children. It occupies the same brain receptors as heroin and acts to relieve heroin cravings and relieve symptoms associated with heroin withdrawal. Other benefits include reduction or stopping of injection, and thus decrease of associated health risks, reduced risk of overdose, and reduced criminal activity.

Methadone is only authorized for use and distribution in specialized clinics as there is a risk of misuse when unsupervised. It is taken orally and its effects last from 24 to 36 hours, four to six times longer than heroin. For this reason it only has to be taken once a day. Some people effectively decrease their dosage over time to get off of all substances, while others continue taking methadone for a long time.

Also a substitution treatment, buprenorphine was approved by the FDA in 2002. It causes weaker opiate effects than methadone but also affects the same brain receptors as heroin, reduces the effects of withdrawal, and relieves cravings. The medication produces a mild opiate-like effect. It also produces a lower level of physical dependence and is said by some to be easier to get off of than methadone.

Buprenorphine is used from three times a week to every day. Due to the fact that it is taken orally it also mitigates injection-related risks. It can be prescribed by physicians, and is sometimes more easily accessed than methadone.

Naltrexone is used less often as a heroin detox medication because it blocks opiods from acting on the brain, taking away the pleasurable effects of heroin. In this way it does not exactly stop cravings and is thus best used when you have already overcome withdrawal and are highly motivated to stay in recovery. It is included here as it may be useful to you after going through supervised withdrawal from heroin, or detox, and to continue abstinence.