Signs You Should Detox from Marijuana

Marijuana, like alcohol has become legal in many states. Most still require a diagnosis of illness to obtain it legally, but there are also states which allow its use for recreational purposes. Today, Marijuana has the highest use rate among illicit drugs in the United States.

So when is it time to detox? There are signs you should detox from marijuana, which include long-term mental and physical impairments. To determine if you are a candidate for detoxification, consult a medical or mental health professional. 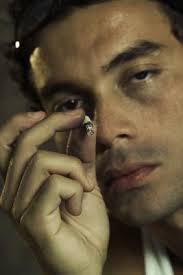 If you’re experiencing negative side effects from marijuana you should detox right away.

Most users will notice immediate signs of impairment when smoking marijuana. Long-term effects however may be misinterpreted. According to George Mason University several mental impairments act as signs you should detox from marijuana, these are just a few of the most prevalent; Drowsiness or stupor in later stages of intoxication, forgetfulness in conversation, decrease in school or work performance, neglect of personal hygiene, paranoia, defensiveness, secretiveness, self-centeredness, depression, and mood swings (GMU). These symptoms of mental impairments can have lasting effects months or years after regular use of marijuana.

According to the National Institute of Health, “Marijuana smoke is an irritant to the lungs, and frequent marijuana smokers can have many of the same respiratory problems experienced by tobacco smokers, such as daily cough and phlegm production, more frequent acute chest illness, and a heightened risk of lung infections (NIH). Additional studies find that smoking Marijuana has a significant negative impact on employee attendance. Marijuana can also adversely affect a user’s heart rate causing it to jump by up to 100 % and has been known to increase the risk of heart attack within the first hour of smoking a risk that is increased in the elderly or those with heart anomalies.

Viewed as a harmless recreational drug, marijuana usage is creating chronic conditions related to the respiratory system. Purchasing the drug illegally means that users often have no knowledge of dangerous pesticides or fertilizers used to produce the product, putting them at risk for inhaling deadly chemicals.

Signs You Should Detox From Marijuana

The mental and physical impairments are good indicators that you should detox from Marijuana, but there are others. If you find that your first thought in the morning is to smoke marijuana, you are more than likely aware that there is a problem. Obtaining Marijuana illegally is another sign that you need to detox. Putting yourself at risk of arrest and incarceration are not healthy behaviors. Forming negative habits, such as using Marijuana as a coping mechanism, or finding you can no longer handle stressful situations without its use is another sign you should detox from Marijuana.

The current culture of Marijuana use is portrayed as funny and harmless, everyone does it, and it is not addictive. The facts however are beginning to point to a burgeoning problem of addiction. Reviewing the signs that you should detox from Marijuana may help you to seek the help you need.