Percocet addiction can creep up on you. You don’t use Percocet a single time and find yourself unable to stop. But, should your use become non-medical and you find yourself taking the drug more often or in larger amounts than prescribed, you can develop a habit that can evolve into dependence and, then, addiction.

When you find yourself grappling with an addiction, it is natural to seek treatment, which offers you your best chance at recovery. But, treatment will require that you first undergo detoxification: the process by which the Percocet (and other drugs and/or alcohol) is removed from your body, transitioning you into a drug- and alcohol-free state.

Percocet contains both oxycodone and acetaminophen. Oxycodone is opioid medication used for pain; it may also be referred to as an opiate or narcotic. Acetaminophen is a milder pain reliever, and it increases the potency of oxycodone. Because Percocet contains opioids, you will be undergoing an opioid withdrawal, which is one of the more difficult ones and one that fairs better with professional care and treatment.

To find a detox center appropriate to your particular Percocet addiction, you should look to experts. Out advisors can answer your questions, discuss financing, and connect you with some excellent professional detox treatment. Call 800-405-2627 (Who Answers?) now and get started.

According to the US National Library of Medicine, 435,000 people in the US used heroin in 2014.  However, roughly 4.3 million were nonmedical users of opioid painkillers. That’s approximately nine times more recreational opioid reliever users than heroin users, which should highlight how widespread the problem is.

When opioids, like Percocet, are taken on a regular basis, users develop what is termed “tolerance” and the effects of the drugs are lessened. In order to achieve the same results, users have to up their dosage. Tolerance will occur at different rates for different effects. The book Drug Use: Opioid Detoxification reports tolerance to respiratory depression, for example, set-in later than tolerance to the euphoric effects of the drug.

When you stop taking Percocet after you have developed a tolerance, you will experience withdrawal.  Your body will have adjusted to compensating for the presence of the drug and will depend upon its presence to function. When you remove what it has come to think of as a fundamental part of its make-up, you will begin to suffer physical and mental consequences. 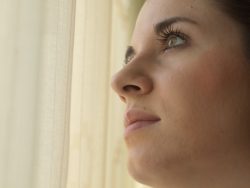 Any opioid detoxification treatment center’s main goal will be to minimize your withdrawal symptoms, which begin within 6-12 hours after last use for opioids like heroin and 24-36 hours after the last dose of opioids like methadone and buprenorphine. Though the symptoms are not generally life threatening, as they can be with alcohol detox, they can be difficult to withstand.

Withdrawal will entail a constellation of symptoms, including:

Symptoms can extend from a week to a month. Typically, emotional symptoms continue for some time, while physical ones, though intense, can be relatively short in duration.

Although it is possible to medically assist a patient through opioid withdrawal without the use of medication, it is not recommended that they do so for significant symptoms, considered those which cause discomfort and last for several hours. And, even people who use mild levels of Percocet can experience significant symptoms. To treat these without medications is considered cruel, as it produces unnecessary suffering.

The most common drugs used for opioid withdrawal are clonidine and methadone.

Though, practitioners may also choose to use supplementary medications for specific symptoms, like vomiting or stomach cramps, methadone remains the most frequently used agent approved for opioid detox by the Food and Drug Administration (FDA).

Clonidine is less effective than morphine against withdrawal side effects, so the use of supplementary medications may be more common. Insomnia, bone pain, and headache are symptoms that may be treated with other medications.

Neither methadone nor clonidine should produce drug reward or opioid intoxication if used as directed.

Percocet detox should be undertaken in a safe, professional environment that can manage withdrawal symptoms, as well as prepare you for continued treatment. To find a facility that meets your needs and those of your specific addiction, call 800-405-2627 (Who Answers?). We are waiting to help.