Valium, the brand name of diazepam, is a part of the benzodiazepine family, a group of central nervous system depressants. These drugs, sometimes called sedatives or tranquilizers, slow brain activity, which makes them ideal for treating anxiety and sleep disorders. Valium specifically is often used for treating acute stress reactions, panic attacks, and other forms of anxiety.

Generally, the drugs are not prescribed for a lengthy period because they come with a high risk of abuse and subsequent physical and psychological dependence. Individuals who use Valium for a period longer than four months typically experience withdrawal symptoms when they stop using it because Valium accumulates in the body the longer it is used. The production of natural anxiety calming chemicals slows as the Valium builds up.

When you have become dependent on Valium, you need it to stave off withdrawal, but also to function. Your body needs it to feel normal. You may even begin increasing the dose to counter withdrawal because you have developed a tolerance to the drug.

Withdrawal from benzodiazepines, like Valium, poses risks that are best identified and treated in a professional detox program staffed by addiction specialists. You need medical management to recalibrate the brain and body to proper functioning without the drug present.

To find a detox program that can ease or alleviate your withdrawal symptoms, call 800-405-2627 (Who Answers?). Our experts will answer your questions, explain financing options, and recommend topnotch detox centers. There is no reason to wait; call now.

What Are the Symptoms of Withdrawal?

The goal of your detox program will be to guide you through detox with the least amount of discomfort, and that means treating withdrawal side effects. It is important that you know the symptoms, so that you are prepared and so that you understand the medical necessity of a professional detox center.

The longer you have been using Valium and the greater your amounts of use, the more severe your withdrawal will be. Heavy, chronic Valium use will lead to debilitating consequences when you stop using. However, your Valium withdrawal will be less severe than it would be with other benzodiazepines, like Xanax. 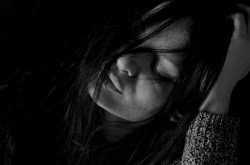 You may also experience rebound anxiety. If you received a Valium prescription to treat your anxiety, that condition may worsen considerably when you stop using the medication. A professional detox center will be able to prescribe a less dangerous medication to help you get through detox with a minimal amount of anxiousness.

You can use Valium for as little as six weeks (even at the prescribed dose) and still experience withdrawals. And the Diagnostic and Statistical Manual of Mental Disorders reports as little as 15 mg of Valium per day for several months is enough to cause withdrawal symptoms. If you are taking more than 100 mg per day you are likely to experience severe symptoms.

How Long Does Withdrawal Take?

Because Valium is a long-acting benzodiazepine, its withdrawal extends longer than other benzodiazepines. Symptoms will take a bit of time to set in; heavy users may not see the first symptoms until a full week after ceasing use of the drug.

In a study of withdrawal among people who used 60-120 mg of the medication for 3-14 years, it was found that withdrawal lasted roughly 6 weeks. The power of the symptoms was severe initially, diminished over the first 2 weeks, increased during the third week, and finally declined. Because of the fluctuations in severity, it is important that your detox be guided by people with experience.

According to the Substance Abuse and Mental Health Services Administration, the majority of symptoms come to a close within weeks, though some, such as tinnitus (ringing in the ears), depression, anxiety, and paresthesias (sensations such as prickling, burning, etc.), may last a year or more.

What Happens in Valium Detox?

Valium detox will work to get the drug out of your system without causing significant discomfort. Most programs will use a tapering off plan, decreasing the dosage of valium each week, until none is being used. This should fend off or minimize withdrawals. It also prevents complications like seizures, which can be produced if you stop cold turkey. The discontinuation process generally lasts anywhere from 4 to 8 weeks.

Abruptly lowering a dose for a heavy user can trigger withdrawals and in these cases, the program will treat the specific symptoms that manifest, potentially prescribing supplementary medications to treat the effects directly.

To find a program that can meet your needs, call 800-405-2627 (Who Answers?). Advisors are anxious to give you the assistance and support that you need in this difficult time.