Whether alcohol or known addictive drugs, ongoing substance abuse will likely bring on withdrawal effects. Anyone who’s tried to take a break from drinking or using drugs well knows how uncomfortable an experience this can be.

As substance abuse can take various forms, detox symptoms can also vary in intensity. In effect, anyone who uses drugs or alcohol on a consistent basis runs the risk of developing detox symptoms at some point in time.

According to the Wisconsin Department of Health Services, detox-type symptoms result from impairments in a person’s brain and bodily functions. Both alcohol and drugs alter the body’s brain and central nervous system functions so any bodily process regulated by these areas becomes susceptible to the effects of substance abuse. People who experience episodes of withdrawal are in effect experiencing detox symptoms, whether they’re using or abstaining from alcohol or drug use. 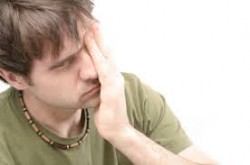 Those who abruptly quit using drugs will experience withdrawal symptoms.

As any experienced drug or alcohol user well knows, withdrawal effects can be quickly alleviated by taking another “hit” or having another drink. Someone who has a full work day ahead or kids to tend to may not be able to function effectively without taking this course of action.

Unfortunately, this practice “trains” the brain and body to become dependent on the drug’s effects to function normally. Casual users can develop a physical dependency from attempting to “self-medicate” detox symptoms in this manner.

Once a physical dependency sets in, dependent users start to experience mild withdrawal episodes on a regular basis. These episodes will eventually become more severe in intensity with continued substance use.

The brain and body naturally develop a tolerance to the effects of alcohol and drugs. With continued use, a person starts to drink or consume increasingly larger quantities to compensate for rising tolerance levels.

For heavy users, symptoms may take the form of:

While symptoms remain the same with mild, moderate and severe substance abuse, the severity of symptoms increases considerably with heavy use.

The combined effects of a psychological dependency all but transform a person’s lifestyle to the point where everything he or she thinks, does and plans for centers around substance abuse practices.