If you’re doctor has recommended a detox program for you because you have a addiction to cocaine you might be looking for answers on what you should expect. Many people are afraid to seek out help for their addictions because they are worried about the withdrawal symptoms that occur when they stop using cocaine. It can make them very ill and even cause mental distress.

Cocaine is a dangerous illicit drug that is sold on the street. It is usually snorted or injected but it can also be ingested orally. It’s effects happen quickly and give the user a quick burst of energy and a feeling of euphoria. It’s effects usually last for about 5 to 20 minutes depending on the way it is taken.

When someone builds a tolerance to drugs like cocaine they have to take more of the drug to achieve the same effects that they had when they started using the drug to get high. This is dangerous for your health and increases your chances of becoming addicted. People with addictions to cocaine and other drugs usually require professional help from a drug rehabilitation program. The first step is the detoxification process which rids the body of the dangerous drugs.

When someone suffers an addiction to cocaine and then goes through the detoxification process their body can experience dangerous withdrawal symptoms that include body aches and muscle fatigue. It can make them sick to their stomach and cause vomiting, diarrhea and abdominal cramping.

It can cause severe headaches that are like migraines, making the person going through withdrawals sensitive to light and motion and even repetitive noises. Physical symptoms of withdrawal can be painful but the good news is that you can generally expect to feel better within 24 to 48 hours of getting clean. 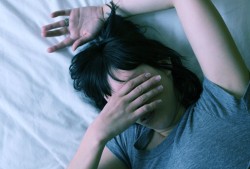 Psychological detox symptoms such as insomnia and anxiety may last longer than other symptoms.

Cocaine withdrawals can also create psychological withdrawal symptoms that some say are the most difficult part of detox. It can cause anxiety and depression as the levels of dopamine in the brain even out. It can cause delusional and dark thoughts and some even become suicidal. Some suffer from audio and visual hallucinations that can be frightening.

It can even cause a psychotic episode that resembles symptoms of paranoid schizophrenia. A combination of medical treatment and behavioral therapy is the best way to manage both the physical and psychological withdrawal symptoms and detox alone is not enough for sustained recovery from drugs like cocaine. It must be followed up with long term treatment at an outpatient or inpatient rehabilitation center and beyond that with community support from spiritual groups or community organizations like Narcotics Anonymous.

While the physical symptoms of withdrawal are short lived, the psychological symptoms last much longer. People report to thinking more clearly and feeling more like themselves in about two to three weeks, however they continue to struggle with the intense desire to use cocaine again for a long time and some struggle with the cravings for the rest of their lives. According to NIDA, “Recent studies have shown that during periods of abstinence, the memory of the cocaine experience or exposure to cues associated with drug use can trigger tremendous craving and relapse to drug use”.