Anyone who’s abused cocaine for any length of time well knows how uncomfortable this drug’s withdrawal effects can be. Withdrawal effects only offer a preview of what cocaine detox symptoms will be like.

By the time a person reaches the point where cocaine has all but destroyed his or her life, the drug has stripped away any will or ability to stop using. As one of the most damaging and addictive drugs in existence, the intensity of cocaine detox symptoms stands true to the overwhelming effects of this drug on the body.

The detox stage marks the first step towards dealing with a cocaine addiction problem. More oftentimes than not, overcoming cocaine detox symptoms will require the type of care and support provided through a drug treatment program.

Cocaine acts as a stimulant, speeding up the chemical processes that regulate the body’s various systems. More specifically, cocaine targets cells within the brain and central nervous system, forcing them to secrete unusually high levels of neurotransmitter chemicals, such as dopamine and norepinephrine.

With cocaine abuse, the drug’s effects overwork brain cells to the point where they lose their ability to secrete neurotransmitter chemicals on their own. This sets off a domino effect, causing widespread chemical imbalances throughout the brain and central nervous system.

Once a physical dependency forms, stopping drug use all but “short circuits” the brain’s ability to regulate the body’s major systems. These conditions set the stage for cocaine detox symptoms to develop. According to the U. S. National Library of Medicine, compared to other types of addictive drugs, cocaine produces the most intense and distressing of detox symptoms. 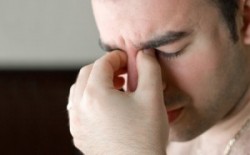 Cocaine detox can cause painful headaches and fatigue.

The physical discomfort brought on by cocaine detox symptoms can quickly overwhelm a person’s efforts to stop using. Physical symptoms typically take the form of:

Since the detox stage can seem like a never-ending state of misery, treatment programs also offer drug education counseling. Drug education counseling provides those in recovery with an understanding of the detox process and what to expect. With this bit of knowledge, a person can gain some relief in knowing the detox stage will run a fairly predictable course and eventually come to an end.

While the physical effects from cocaine detox can be excruciating, the psychological aftereffects of addiction can be equally distressing in their own way. In essence, addiction takes root within a person’s psychological make-up, influencing his or her motivations, beliefs and priorities.

While detox is a mandatory first step in the recovery process, ongoing treatment for the psychological effects of addiction is essential to breaking the drug’s hold over a person’s thinking and behaviors.