Rapid opiate detox uses opioid antagonist medications such as naltrexone to displace opioids from the opioid receptors in the brain and central nervous system, essentially blocking and counteracting the opioid effects and precipitating withdrawals.

The potential dangers of rapid opiate detox are well documented and the procedures remain controversial.

According to the National Collaborating Centre for Mental Health (UK), “The reported advantage of using ultra-rapid or rapid detoxification with anesthesia or sedation is that the duration of withdrawal symptoms is shortened and discomfort is minimized through the anesthesia or sedation.”

On their own, opiate withdrawals are, generally, not considered life threatening, but, the immediate reversal of opioid effects in a rapid opiate detox can be excruciatingly painful and lead to many adverse scenarios and dangerous health risks. Therefore, the antagonist medication is usually provided under sedation or anesthesia in a medically supervised environment where complications during and following the procedure can be immediately attended to.

Clonidine and other medications are used to manage the severity of the ensuing withdrawals and afterwards, the patient is maintained on an antagonist medication to prevent relapse. 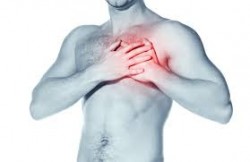 In randomized control tests, the potential dangers of rapid opiate detox included both complications during the procedure and in the post detox stages including:

For people with compromised health issues such as liver disease, pulmonary or cardiovascular problems, diabetes, mental health disorders, or diminished health in any capacity, undergoing anesthesia can be dangerous. In many instances, the patient is bombarded with medications throughout the procedure and immediately thereafter contributing to the potentially dangerous risks.

In the post detox phase, some people continue to suffer moderate to severe withdrawals, especially those who have been chronic and long term opiate users and those with co-existing health conditions. In chronic opioid addicts, the post-detox withdrawal severity has led to relapse and the possibility of using higher potency and doses of opioids to overcome the mechanisms or the antagonist medications they return home with, causing overdose.

Cases of suicide and overdose should not be disregarded because the expectancies surrounding this type of treatment may be more than the actual benefits they may receive.